Bridge Inspection: What We Learn From Bridge Failures And Repairs

The fracture and subsequent closure and repairs of the Hernando DeSoto Bridge over the Mississippi between Arkansas and Tennessee made national headlines for months.

We noted the events here in previous articles and, since August 2, 2021, the bridge has been reopened to traffic along I-40.

But what did we learn? 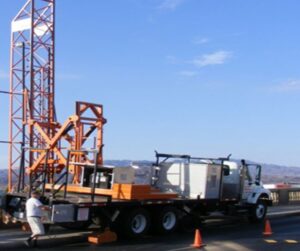 A Possible Catastrophe Diverted, But Many Structurally Deficient Bridges Remain

A story published by The Washington Post after the bridge fully reopened noted,

The bridge became a national example of the risks posed by the nation’s decaying infrastructure. The emergency repairs on the closed span created major traffic disruptions in the Memphis area while traffic was diverted to another bridge nearby.

“We know having the bridge closed has been incredibly inconvenient,” Tennessee Transportation Commissioner Clay Bright said in a statement. “We appreciate the public’s patience while our team made the repairs and performed extensive inspections to ensure it’s structurally sound for many years to come.”

Inspectors working for a private contractor discovered the crack May 11 during a routine inspection. They were so alarmed by the prospect of a catastrophic failure that they called 911.

Prior to the repairs being fully completed, the Tennessee DOT noted on their website that following the completion of repairs, the damaged steel will be preserved for detailed forensic investigation.

While there seems to be a bit of controversy over who, exactly, should have been held to account for allowing this particular situation to go unnoticed for so long – possibly more than two years – the bottom line is that several inspectors failed to see the growing fracture.

All of which underscores the need for bridge inspection efficacy.

In theory, no major structural damage should go undetected for more than the period between routine inspections, every two years. And there are other inspections that can occur in the interim depending on the age of a bridge or other circumstances.

But bridge inspections that are not carried out properly or are done so in a less than professional manner can potentially put lives at risk.

Sometimes perfectly sound bridges can be damaged extensively, requiring a shut down and unplanned repairs. This happened in July 2021, a few weeks before the Hernando de Soto bridge reopened.

In Georgia, a local highway overpass was struck by the raised bed of a dump truck passing underneath.

According to the Georgia DOT, the bridge was dislodged from its concrete base after it was hit by a big rig towing a dump trailer raised in its dumping position. As a result of the impact, the center of the bridge was pushed back nearly six feet and the section of the bridge over the westbound lanes below was hanging lower.

While this type of incident is unfortunate, the DOT and contracted inspectors could do nothing to prevent it.

Stress damage, progressive weather damage, and other common bridge stability issues can and should be identified by competent inspectors.

The equipment used by bridge inspectors to gain access to the underdeck regions of highway and railway bridges are critical.

Without the use of some of the large capacity under bridge inspection units (UBIUs) that are available, getting eyes on many areas under some bridges would be next to impossible. While the use of under bridge scaffolding can be implemented, along with teams of rope riggers, the versatility and ease of access provided by UBIUs can’t be matched.

And, as exemplified during the highly-publicized repairs made on the Hernando de Soto bridge over the Mississippi, the same equipment can be utilized for extensive repair work as well as routine maintenance and upkeep.

We also learned that, with more than 617,000 bridges across the United States – over 40 percent of which are at least 50 years old – the potential exists for many other damaged bridges to be discovered.

And this is especially true for the more than 46,000 of the nation’s bridges that are considered structurally deficient, or in “poor” condition.

Under Bridge Platforms serves all of the Western States, including California, Washington, Oregon, Idaho, Nevada, Montana, and Wyoming to provide quality under bridge equipment.

Our large and expanding inventory of under bridge access platforms includes state-of-the-art self-drive access platforms such as the versatile Truck Mounted Hydra Platform HPT43 and the Aspen Aerials A-30 Bridge Inspection Unit.

There are a variety of different bridge inspection platform vehicles featuring multiple capabilities. In addition, determining the best choice for your work or project also depends on both the structure and the terrain.

So, while cost is certainly important, the vehicle capabilities and your specific project needs should be the dominant deciding factors in your equipment rental decision.

With a professional firm you can rely on to guide you through the process, buying or renting the right under bridge inspection vehicle and bridge inspection platform equipment for your project means we are here to help you make the proper selection.

We take a great deal of pride in being the only company in our industry based in California that offers total under bridge access. By offering high quality customer service, we have managed to build long-lasting relationships with our esteemed customers. And we intend to keep it that way.

Contact us today and let us help take care of all your under bridge platform needs.